The Framework of Manifestation

Sankhya philosophy offers a framework for all the levels of manifestation, from the subtlest to the grossest. Sankhya comes from              samyag akhyate, which literally means "That which explains the whole."

Sankhya deals with prakriti (matter), purusha(consciousness), buddhi or mahat (intelligence), ahamkara (I-am-ness), three gunas (elements of stability, activity, and lightness), mind (manas), cognitive and active senses (indriyas), and the five subtle and gross elements (earth, water, fire, air, and space). In light of its breadth, it contains all of the domains of Vaisheshika, Nyaya, and Mimasa. 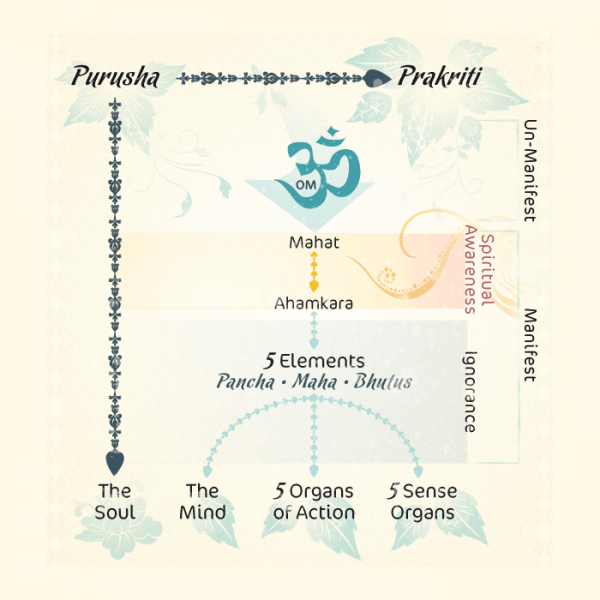 Yoga systematically deals with all of the levels of one's being, striving to experience the eternal center of consciousness. Yoga is best described in the Yoga Sutras and involves systematic witnessing of your inner states, so as to experientialy go beyond all of them to the center of consciousness. Yoga is often called Sankhya-Yoga, as Yoga contains the practical methods to realize in direct experience the truths of Sankhya philosophy